ANDY KARL to star in PRETTY WOMAN on Broadway

TO STAR AS “EDWARD” IN

PRETTY WOMAN: THE MUSICAL ON BROADWAY 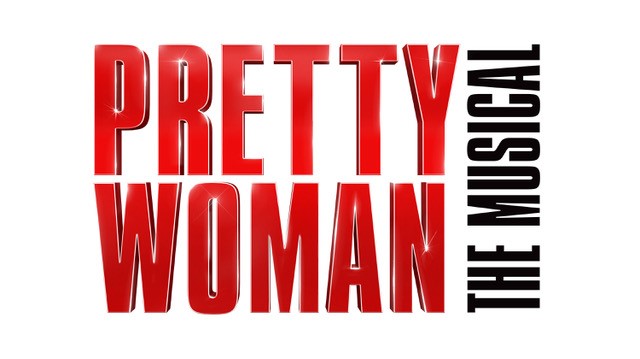 (May 23, 2018 – New York, NY) Three-time Tony Award nominee and Laurence Olivier Award winner Andy Karl will star as “Edward Lewis” in PRETTY WOMAN: THE MUSICAL on Broadway. Last season Andy’s performance in Groundhog Day earned him a Tony nomination with Ben Brantley of The New York Times raving, "A Star is born! Mr. Karl is outrageously inventive.” Karl will assume the role from Steve Kazee who departs the production for family reasons.

“Andy Karl is one of the funniest and most heartwarming actors I have had the pleasure of directing,” said director/choreographer Jerry Mitchell. “He is an actor of great integrity and finds the humanity in the characters he portrays, plus he has an incredible voice. It will be a joy to work with Andy again as he brings ‘Edward’ to life for all of Broadway opposite the exquisite Samantha Barks as ‘Vivian.’ We couldn’t be more thrilled and grateful he agreed to step in to join the PRETTY WOMAN company."

“I always figured I’d be playing the part of ‘audience member’ for PRETTY WOMAN,” said Andy Karl. “When Paula Wagner and my longtime friend, Jerry Mitchell, asked if I would take over the role of ‘Edward’ it was a total surprise. I was already a fan of the show after watching my wife (Orfeh) in the pre-Broadway workshops and then during the run in Chicago. She’s part of a tremendously talented cast. Also, I was lucky enough to be friends with the great Garry Marshall, having worked with him before, and he created one of the most romantic stories of the 20th Century, so it didn’t take much arm twisting to get me to agree.”

Andy Karl most recently won the Olivier Award, Drama Desk Award, and earned his third Tony Award nomination for his starring role in Broadway’s Groundhog Day. He has filmed a lead role in the independent film, “Faraway Eyes,” with Christina Ricci and Jeannie Berlin, as well as the lead in the ABC comedy pilot, “Staties,” for director Rob Bowman. Karl has toured with his wife, Orfeh, performing concerts in San Francisco and New York in support of the album they released in the fall, and returned to the Olivier Awards this year to perform with Chita Rivera. This weekend he’s headed to Boston to star opposite Brandon Victor Dixon and Laura Osnes in a semi-staged performance of On the Town with the Boston Pops.

PRETTY WOMAN: THE MUSICAL had its world premiere at Chicago’s Oriental Theatre in March 2018, with Chris Jones from The Chicago Tribune raving, “A shrewd and savvy retooling of the blockbuster by maestro Jerry Mitchell. Samantha Barks is sensational in a breakout performance with enough energy to fire up the Oriental Theatre!”

Based on one of the most beloved romantic comedies of all time, this modern spin on Cinderella is the story of Vivian, a spirited diamond in the rough who dreams of a better life. A star-crossed meeting with Edward, a shrewd corporate raider from New York who is lost in Hollywood, turns a simple business deal into a week of romance and a journey of self-discovery for both Vivian and Edward. This contemporary theatrical take on the iconic love story will sweep a new generation off their feet and make them believe in the power of “Happily Ever After.”

Samantha Barks is appearing with the support of Actors' Equity Association.

ANDY KARL (Edward Lewis) is an Olivier Award winner and three-time Tony Award nominee who is equally at home on stage or screen. Karl recently shot the lead role in the independent film, Faraway Eyes, starring opposite Christina Ricci, Jackie Cruz, and Jeannie Berlin. This year he also filmed the lead in the ABC comedy pilot, “Staties” for director Rob Bowman. Karl is best known to television audiences for his role as Sergeant Mike Dodds in “Law & Order: Special Victims Unit,” which he played from 2015 to 2016. He also appeared in the Rob Reiner film, And So It Goes, starring Michael Douglas and Diane Keaton. In August 2017, Karl and his fellow Tony Award-nominated wife, Orfeh, released “Legally Bound—Live at Feinstein’s/54 Below” digitally and on CD on the Broadway Records label. The live album captures their December 2016 performance at the Manhattan cabaret of the title, which refers to the Broadway musical Legally Blonde, in which they both appeared, and is where they met. They performed live in New York and San Francisco in support of the album. On the New York stage, Karl has established himself as a major star both on and Off-Broadway. Most recently, Karl originated the lead role in the 2017 hit Broadway musical, Groundhog Day, and won the Laurence Olivier Award for Best Actor in a Musical for the London run, then the Drama Desk Award and Outer Critics Circle Award on Broadway, in addition to a Drama League Award nomination and his third Tony Award nomination. Karl made his Broadway debut in Saturday Night Fever, first in the character of ‘Joey’, then in the lead role of ‘Tony Manero’ during its first national tour. In September 2004, Karl played ‘Luke’ in the premiere of Altar Boyz at the New York Musical Theatre Festival, later reprising his role in the Off-Broadway production. Karl also appeared in the Broadway cast of The Wedding Singer at the Al Hirschfeld Theatre, and was featured in multiple roles in the musical adaptation of Legally Blonde, first at the Golden Gate Theatre in San Francisco, then in the Broadway production. He went on to co-star in the stage adaptation of 9 to 5 playing ‘Joe’ in the pre-Broadway tryout in Los Angeles, and then in 2009 at Broadway’s Marquis Theatre. In November 2012, Karl played ‘Neville Landless’ in the Broadway revival of The Mystery of Edwin Drood, for which he was nominated for a Drama Desk Award for Outstanding Featured Actor in a Musical. In February 2014, Karl played the title role in Rocky on Broadway, earning his first Tony Award nomination for Best Leading Actor in a Musical. In 2015, he played ‘Bruce Granit’ in the Broadway revival of On the Twentieth Century and received his second consecutive Tony Award nomination, this time for Best Featured Actor in a Musical. Additional Broadway credits include Wicked and Jersey Boys. Andy Karl currently resides in New York City with his wife and fellow performer, Orfeh.

BRYAN CRANSTON, DORSEY AND WHITNEY LLP & PAMELA FARR and BUFORD ALEXANDER to be Honored at Theat

THE LIFESPAN OF A FACT RECOUPS ON BROADWAY

PRETTY WOMAN welcomes Adam Pascal for one week only!